Lidewij Edelkoort is one of the world’s most famous trend forecasters. As an intuitive thinker who travels the world studying the evolution of socio-cultural trends before sharing this information with her clients in industries as diverse as fashion, textiles, interiors, cars, cosmetics, retail and food. Under her Paris-based company Trend Union, Edelkoort creates trend books two or more years ahead that are tools used by strategists, designers and marketeers at international brands.

In the textile industry, Edelkoort has advised Première Vision, Pitti Filati, Prato Expo, Woolmark, Luigi Botto, Cone Denim, Cerruti, Rubelli, Ermenegildo Zegna, Mohair South Africa, the Netherlands Interieur Instituut and the Como Industrial Union of silk. The trend books she creates for Trend Union are sold to companies from Armani to Zegna in all price-point markets from Zara to Prada. Her other trend books address the future of colour, beauty, pattern, well-being, architecture and lifestyle.

Edelkoort has worked for some of the world’s best-known companies, for example: advising Coca-Cola how Sprite should communicate with emerging youth archetypes; defining how western perceptions of Japanese culture can benefit Nissan to improve sales and build their identity abroad; explaining how technology, design and services will be affected by newly-formed social networks amongst consumers under 20 years-old for Time Warner Cable; forecasting new consumer archetypes for Esprit as far forward as 2068; and proposing business development ideas for Lacoste’s expansion into new fields of interest outside of fashion. 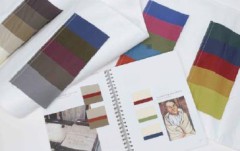 Edelkoort has also been asked by numerous banks, insurance agencies, management companies and real estate developers to present lifestyle trends that reveal how clients will live in the future, including investing in assets and finance. She has created presentations and brainstorms for companies such as Accenture, ABN Amro, Bouwfonds, Rabobank, the Swiss Bankers Association and the Swiss Real Estate Developers Association (SVIT).

Having directed the world-renowned Design Academy Eindhoven from 1998–2008 and establishing the Designhuis (a cultural centre for the promotion of design), Edelkoort has proven that both a city and a region can benefit from placing design at its core, expanding its horizons creatively, productively, socially, economically and culturally. She has subsequently advised the region of Wallonia and the cities of Genk (Belgium) and Como (Italy) on the benefits of creativity and innovation.

In 2011, Edelkoort established the School of Form, a design school in Poznan, Poland, that especially caters to students from Eastern Europe, with a curriculum merging design and humanities studies.

Since 1992, Edelkoort’s magazines have helped redefine the publishing medium, acting as inspirational style bibles that have become ideograms of their time. View on Colour, InView and Bloom are trend tools used by creative professionals and avid amateurs around the world.

The humanitarian foundation Edelkoort co-created through Heartwear (since 1993) promotes the survival of artisans in developing economies, informing her knowledge of craft, sustainability, cottage industries and fair trade; advice she also passes on to her clients in all fields.

Edelkoort was recognized as important to Dutch interior design with the Woonbeurs prize in 2001. In 2003, TIME Magazine named her as one of the world’s 25 Most Influential People in Fashion, while in the following year she was named as one of the 40 Most Influential People in Design by Icon magazine. In 2004, she received the Netherlands' Grand Seigneur prize for her work in fashion and textile.Edelkoort was the 2005 recipient of a Lifetime Achievement Award from Aid to Artisans and an Honorary Doctorate of Art from Nottingham Trent University in 2008. That same year, the French Ministry of Culture honoured her as a Chevalier des Arts et des Lettres and the Dutch Royal Family named her a Knight in the Order of Oranje Nassau.

As a curator of exhibitions around the world, Edelkoort has created memorable design shows for the Museum of Contemporary Art in Chicago, Nordiska museet in Stockholm, Moscow’s Museum of Architecture, Lausanne’s mudac (Museum of Contemporary Design & Applied Arts), Tilburg’s TextielMuseum, Design Museum Holon in Tel Aviv and Issey Miyake’s 21_21 DESIGN SIGHT in Tokyo. Her career as a trend forecaster was also the subject of Archeology of the Future, a touring retrospective that was seen in Paris and the Netherlands in 2008–2009.

In 2011, Edelkoort launched an interactive online trend forum called Trend Tablet. At Milan’s Salone del Mobile, she curated Talking Textiles, a touring exhibition that is part of an ongoing initiative to promote the survival of textiles and young creative talent. She was also honoured by Louis Vuitton in its Journey To Excellence collaboration with Erwin Olaf at Amsterdam’s Rijksmuseum, as one of the Seven Most Important Cultural Figures in the Netherlands; yet in light of her illustrious 40-year career, her fame as one of the great fashion and design icons of our time transcends borders.

In 2012, Edelkoort received the Netherlands’ most prestigious cultural accolade, the Prins Bernhard Cultuurprijs.In 2013, she was the curator of M°BA 13: Fetishism in Fashion, a major international fashion festival of exhibitions and auxiliary events in Arnhem that was accompanied by a blog and a best-selling hardcover publication (Frame). The RSA's Faculty for Royal Designers in Britain has named Edelkoort as a 2014 Honorary Royal Designer for Industry (RDI) in recognition of her pioneering career. Edelkoort is currently working on trend forecasts for 2016 and curating an innovative new exhibition for Design Museum Holon. 2014 also sees the release of a new Bloom book inspired by the natural wonders of Brazil.

In 2014 Lidewij was awarded the Chevalier de l’Ordre des Arts et des Lettres by the French Ministry of Culture and Communication.

The Order of Arts and Letters (Ordre des Arts et des Lettres) was established in 1957 to recognize eminent artists and writers, as well as  people who have contributed significantly to furthering the arts in France and throughout the world.